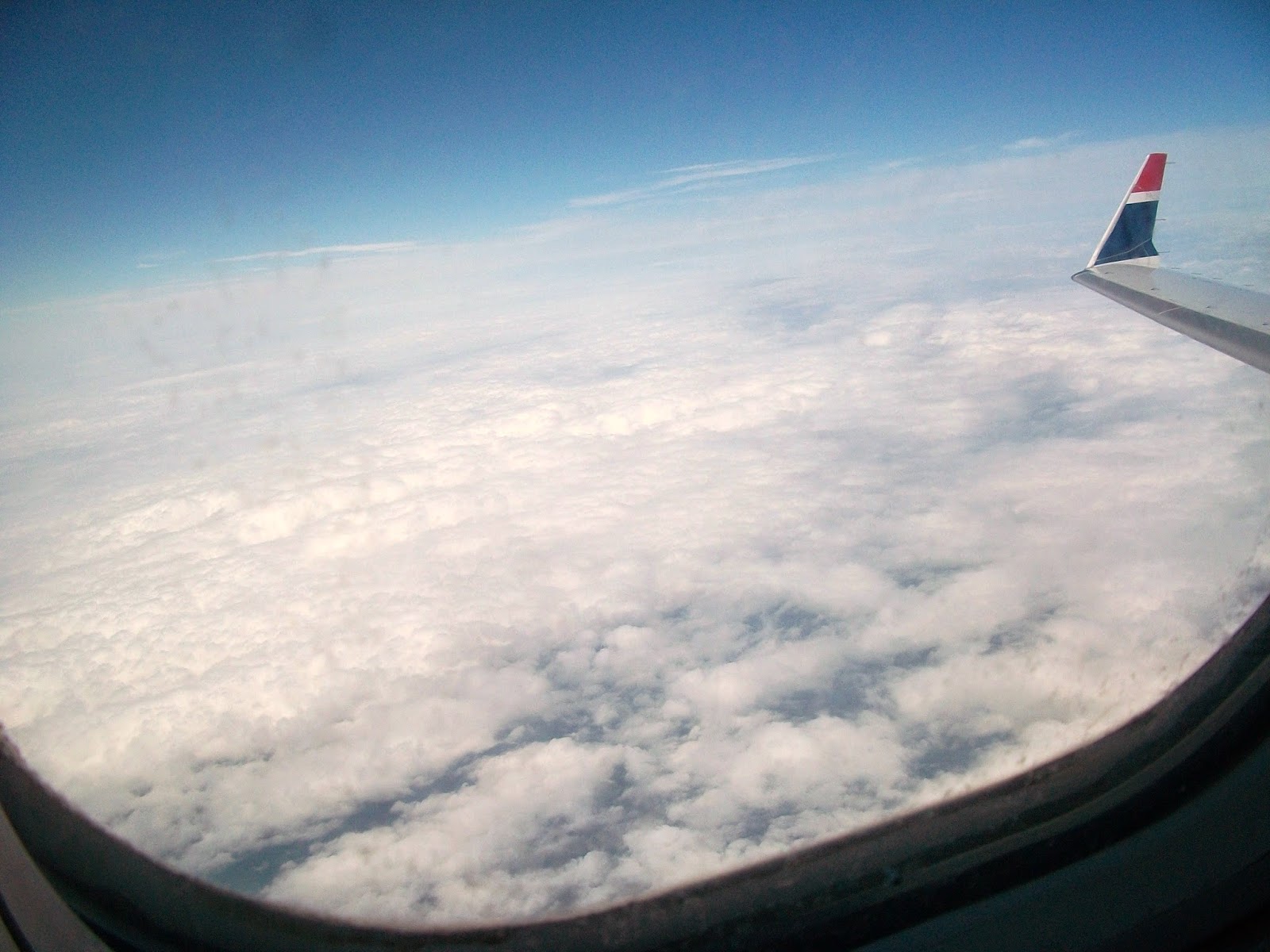 During the first ten weeks of 2014 I’ve made four different journeys; three lasted five days and one lasted eight.  This meant I spent about a third of my time away from home.  I traveled by plane and during January, February, and March we had ongoing intense winter conditions.  For me, air travel plus weather, equals worry.
My worries were well-grounded.  First trip, Pittsburgh to New York, we had several inches of new snow on the ground as did my daughter whom I planned to visit.  I had an afternoon flight, so woke early to check status.  The morning flights were all cancelled, but beginning with the noonish ones, the schedules reported on time.  I didn’t know if that meant the planes would really fly, or just that the airline hadn’t yet gotten around to cancelling my flight.  Still, I trudged out to the airport, ready to turn around and return home if needed.  But a midday flight actually posted as boarding, so I took that as an omen for my own takeoff, two hours later.  In fact, the only small delay I encountered was a brief stop at the de-icing machine, not something to complain about in such weather.  The return trip was similarly iffy, but I indeed took off and landed on time.  The parkway was wet but clear when I returned to Pittsburgh; my only tricky driving happened at the very end of the trip—the last three miles of afternoon driving through city streets were icy, slushy, slow.

Two weeks later, I visited my other daughter in Los Angeles.  That trip included a six AM departure, thus leaving the house at four in the morning.  Again, the weather gods were dumping on us, and while I wasn’t particularly worried about snow in either LA or my stopover in Phoenix, I did worry about what if my flight got delayed or cancelled?  Would I make it at all? Would I get stuck somewhere?  So travel plus weather plus connecting flights equals more worry equals insomnia.  And there’s not a whole lot of night available to the sleeper who must leave home at four in the morning.

LA also brought the question of clothing.  New York and Pittsburgh share similar climates, similar weather patterns.  Mostly, Monday's weather in Pittsburgh is Tuesday's in New York,  highly predictable.  But while I could wear my sheepskin boots and puffy down coat eastward, no way would I need those in California.  So I compromised, stashing heavy winter gear in my car so I’d have it for the ride home.  A good plan, as the clouds flung a wintry mix at western Pennsylvania just as I flew home.  A midnight ride home on a clear parkway, but again, muck as I neared my house.  This was getting old.

A conference in Seattle too required an early departure, changing planes, varieties of clothing, insomnia the night before.  By the third trip, I viewed the stop at the de-icing station as just a normal stage in travel.  Likewise, having snow in the ground before takeoff didn’t even seem worth a comment.  That trip routed me through Dulles airport, where the snow was deeper on the ground and thicker in the air than at home.  Why did I have to head east in order to travel west?  It seemed to invite chaos.  But in fact, I was traveling on a frequent flyer award ticket, in first class of all things.  They offer you wine if you’d like it, at six in the morning.  No thanks.  But they also got us to our destination on time with minimal hassle, both westward and eastward.  As in the two previous trips, my last three miles home were slick and slippery, but I felt grateful to be home and safe and on the ground.

In all of my winter’s travel, only one trip included a delay, a family vacation to Colorado.  This trip required no connections, no what ifs?  If we arrived late, we’d have a late dinner, no problem.  Ironically, that trip left late in the day on a sunny afternoon.  No nasty weather to deal with at all.  Instead, as we lined up to board, the pilot entered the terminal and reported mechanical issues.  So they sat us all back down and delayed boarding for an hour.  This trip occurred, just as news was breaking via a TV at the airport gate about a plane that had gone missing enroute to China.  So I was very grateful to the pilot for discovering the mechanical glitch and to the technicians who quickly repaired the problem.  In spite of the mechanical issue, this flight was the least worrisome of all.  Departures and landings happened in warm, dry weather and they served interesting snack packages on board for once.

On each of my long flights I worked on student papers, alternating with recreational reading.  And each flight got me where I wanted to go without serious incidents.  So now I’m back on the ground, and for the next ten weeks, I’m staying put.  I’ve been a frequent flyer, but I’ve decided something.  My next several trips will be short, local, and primarily on foot.  I have those things, attached to my body—feet.  The wings were borrowed.
Posted by Kathy Ayres at 4:20 PM 1 comment: